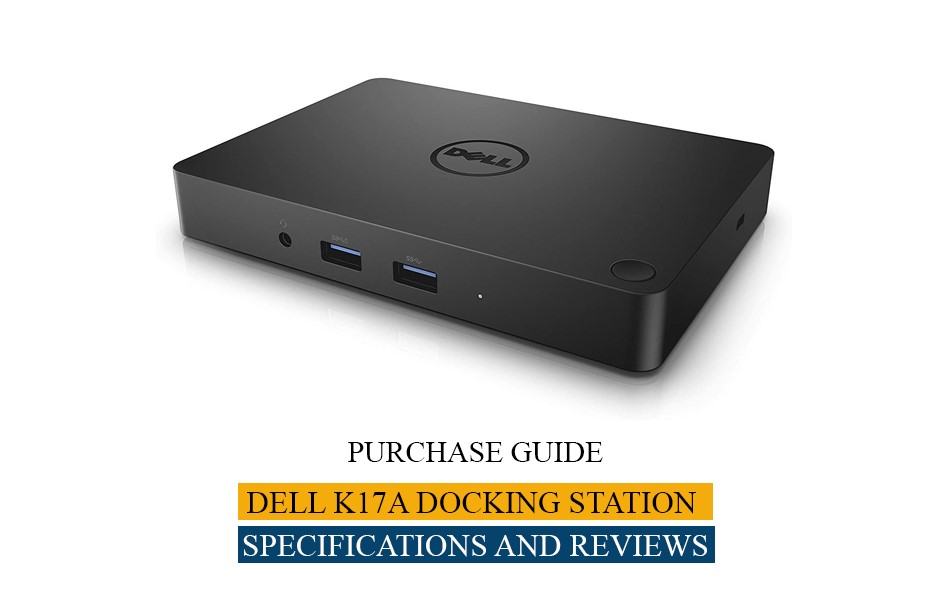 Laptops are wonderful portable options for people on the go. You can throw them into your backpack and carry all your important data on your person. However, when working from home or the office, their being compact can be quite a nuisance sometimes, because of their limited number of ports.

As laptops are shrinking in size, the port selection has become much limited. This is where docking stations come into play.  While docking stations are most commonly required in larger workplaces, with so many of us working from home now as a result of the ongoing pandemic, a decent docking station is sometimes much needed to meet work requirements.

Why use a docking station?

Increase in internet speed and cloud computing have contributed to an ever-growing mobile workforce. As ironic as it may sound, as the need to work from a single physical location has reduced, most people’s jobs have become increasingly demanding. To make the situation worse, as laptops grow slimmer and lighter, they are eliminating the conventional ports that consumers require! Since laptops are much more powerful than they used to be, the limitation is usually not the amount of power you can carry while traveling, but what external devices you need to connect to make full use of it. The times of reserving a dual-monitor arrangement for your most intense users, such as data scientists and engineers, are long gone. To be completely productive, almost everyone today may require two monitors (among several other things). So, what do we use a docking station for? Essentially, everything! Few would dispute the advantages of using a mouse instead of a trackpad, typing on a full-sized, standard keyboard, and viewing a full-sized display at eye level rather than a laptop screen.

So, what’s the point of using a docking station? We prefer to have laptops that are smaller, lighter, and more portable, but not at the expense of productivity. Certainly, docking stations allow modern workers to enjoy the best of both worlds. Today, along with a laptop, most companies give their employees a docking station as well as all necessary peripheral devices, including a full-sized keyboard and mouse, typically two external monitors, and Ethernet for a faster and more reliable connection. The docking station contains numerous USB ports for attaching external storage devices. This may be sufficient for consumers who rarely travel or work from home. Others may require a similar arrangement at their home office or utilize a portable docking station for on-the-go connectivity.

Indeed, many companies have sprung up to support mobile workers. Companies, such as We Work, rent out shared workspaces. Docking stations allow traveling employees to stop by and use external monitors and other connections. Many offices are using the “hot desk” model, in which workers may work from whatever workstation they want, with many of them employing docking stations. This shift in the market is mostly because of the launch of USB-C and Thunderbolt 3. However, let’s take a look back at how docking stations got their start.

How have docking stations evolved?

The first-ever docking stations were known as “port replicators”, because they performed just that. Laptops were bigger and heavier before USB-C, so they could fit more standard connections, such as HDMI or VGA for external monitors, USB ports, audio jacks, an Ethernet socket. Port replicators served as an extension cord for those already installed ports, making them more accessible while reducing desktop clutter and freeing up valuable space. The succeeding generation of docking stations followed suit, adding a few more of the same connections, such as USB ports for attaching more accessories. These docking stations often featured a proprietary connector and were only compatible with certain laptops.

The USB 3.0 standard was launched in 2008, boosting the bandwidth of a USB port from 480Mbps to 5Gbps—roughly ten times quicker. This ushered in a new age of docking stations that didn’t require proprietary connectors and instead made use of the USB 3.0 connection present on most laptops. Many laptops at the time only had one video connection (VGA or HDMI), but this allowed for the simple addition of a second display. Because USB doesn’t handle video signals by default, USB 3.0 docking stations must have internal conversion chipsets as well as software and drivers, such as Display Link. Unfortunately, because it uses a lot of CPU power, this might cause your computer to slow down.

When USB-C and Thunderbolt 3 were released in 2014 and 2015, docking stations were completely transformed. It was the first time that data, video, and charging were all supported natively on a single port, without the need for additional software or system resources. It is also worth noting that, prior to USB-C, most docking stations were self-powered, requiring a power adaptor. Some compact, portable docking stations can now be powered by either the USB-C connector or the bus.  An additional benefit of USB-C docking stations is that they are considerably more widely compatible than previous generations.

See also  How Does a Thermal Pad Help My Computer?

What do we use a docking station for?

Some USB-C dock makers make this selection a bit easier by including a dynamic bandwidth switch. This option allows consumers to choose between better resolution/refresh rate and quicker transmission rates. Trying to transfer or download a 4K drone footage from an SD card? Done. Do you want to edit the same video in 4K detail? Simply turn the switch. You are not bound with a docking station developed for high-functioning displays or high-transfer speeds with the dynamic bandwidth switch; you may swap as needed. Simply choose whether you will be using DisplayPort or HDMI monitors. There is just one dedicated video port on most docking stations (usually DisplayPort or HDMI). A USB-C cable, which is readily available, may be used to connect the second display.

If you think a docking station is only used for external displays and USB connections, you are missing out on one last component: power delivery! The capacity of USB-C (and Thunderbolt 3) to supply up to 100W of power makes contemporary docking stations much more useful. With a single connection, you can have all the extra ports you need while being able to power as well as charge your laptop.  Typical docking stations require an AC power adapter but may provide anything from 45W to 100W of electricity to your laptop; simply check your laptop’s charging requirements to see what you require.

Some portable docking stations can be bus-powered, which eliminates the need for a separate AC power converter. Multi-port adapters are a fantastic alternative for customers who want to stay connected while traveling because they are often considerably more inexpensive and handier than a typical docking station. Available in both USB-C and Thunderbolt 3 varieties, you can do much of what you can do with a standard docking station. However, there are generally only two extra USB ports.  It is wise to note that although many multi-port adaptors can power your laptop, you should always use the computer’s original power adapter. A portable multi-port adaptor may be a suitable option for you if a docking station is too expensive for you. Also, there are choices for a single as well as a dual display.

The dilemma for today’s workforce, which has mostly abandoned desktops in favor of laptops, is not “Why should I use a docking station?”, but “What type of docking station should work best for me?” Docking stations have become a need of today’s fast-paced world, and they help mitigate the difference between a portable laptop and a powerful desktop.

What type of docking station would work best for you?

We provide a broad range of portable as well as full-size docking stations, whether you need a Thunderbolt 3 or USB-C docking station. Select from a variety of connectivity options, display choices, and sophisticated features, including power delivery. Dell k17a Docking Station should make a wonderful choice for most purposes with features such as support for two FHD displays, two USB 2.0 ports, three USB 3.0 port, and Gigabit Ethernet.

Everything You Need to Know about Container Tracking