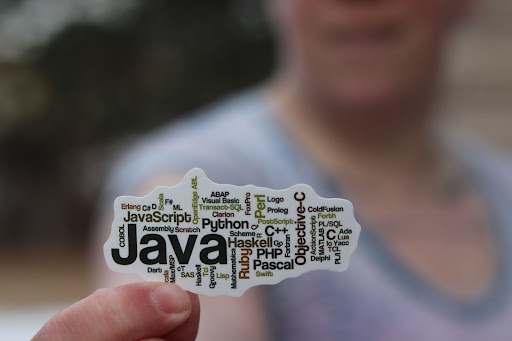 It seems like technology has taken over the world these days. Global industries of all kinds are rapidly expanding due to the vast advancements in technology, giving people the opportunity to pursue a lucrative career in the field of computer science.

One particular area where people can land a great and profitable job is programming. As a computer programmer, a person can write, modify and test code and scripts that can be used for countless applications. In order for these programs to function properly, one must first learn a programming language to produce various kinds of output.

Depending on your personal skills, knowledge and interests, there are several programming languages that are in high demand now.

In this post, we outline the top five that are an excellent starting point for first-time programmers.

Learning Python allows them to obtain a basic knowledge of coding practices without spending too much time learning complex details that are important in other languages.

However, as a beginner, you may need assistance in order to become a proficient Python programmer. You can take a course or see if you can find a computer science tutor online who specializes in Python to help you succeed.

Because of its reputation for being user-friendly, Ruby has become increasingly popular among startup companies and large enterprises. For example, Airbnb, Groupon, Hulu and Soundcloud are just a few websites that were built with this programming language. Programmers use a web-application framework called Ruby on Rails, commonly known as RoR, that is being implemented in Ruby.

Another widely used general-purpose programming language that is an excellent option for beginners is Java. This is one of the most sought-after languages which has traditionally been used at most large organizations to build intranets and internal software for all types of businesses.

Due to its high demand, Java is considered one of the highest-paid programming languages which can get you a great career, with an excellent salary.

If you want to pursue a career in web development, then JavaScript should be one of the first programming languages you learn. It should not be mistaken for Java because both languages are very distinct, despite the fact that they share some similarities between them.

In general, JavaScript is one of the highest-level languages considered to be the core technology of the World Wide Web. The language is best known for its various multi-functioning frameworks as well as for its server-side scripting capability. This additionally makes it suitable for developing full-scale games, front-end and back-end web development and mobile and web applications.

See also  What are the Excellent Features of the Topwin Video Editor Tool?

While often regarded as one of the more difficult languages to learn, C# is still an excellent language for first-time programmers because almost all other programming languages are implemented in it. This simply means that if you learn C, then it will be much easier and simpler to learn more languages such as C++.

Generally speaking, C# is most commonly used for the .NET framework as well as for applications on Windows, Android and iOS because it takes the help of the integrated development environment product – Microsoft Visual C++. All in all, it is the ideal programming language for beginners who are up for a challenge.

Whether you are looking for a new career or simply want to enhance your current role, there is a programming language you can start with as a first-time programmer. Choosing the right one will mostly depend on what kind of projects you want to work on and how easy you want it to be as well as what is hot in the market now.

To make the right decision, you can refer back to our post and use it as a guide to help you pick the best programming language for you to learn.

How To Earn A Performing Arts Degree